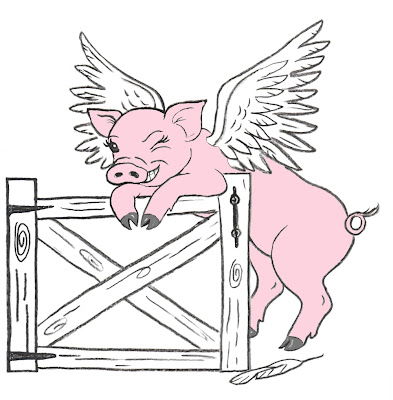 Hello Palingaters! I'm back into the thick of the action after a couple of weeks catching up with my sister after six years! Just as Palingates is a truly international community, my own family is scattered over four continents and whilst keeping in touch is easy thanks to the internet, there's nothing like the warmth of face-to-face contact...

Patrick and Kathleen, plus our generous contributors, kept the ball rolling with their usual verve and commitment. Thank you all.

I kept an eye on the blogosphere during my break and one pleasant surprise (among many) was finding Palingates leading the Blogger Choice Awards 2010 in the best political blog category. The comments on the site are very heartening and the prospect of being rewarded with such a prize makes us more motivated than ever in our quest for the truth about Sarah Palin.

Registering and voting is a very easy process. Please show your support and encourage your friends and families to pay a visit to Palingates to see what we do and then cast their votes on the Blogger Choice Awards site. Sending e-mails and posting links on Facebook and MySpace are great ways to spread the word. 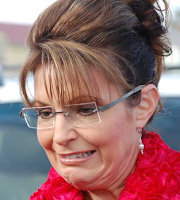 Should Palingates win this award, it would be thanks to this amazing community and we would all share the prize equally.

As well as contributing information, links and excellent commentary, you have been very generous with your donations and that has helped offset the mounting expenses relating to very long distance phone calls, for example. Oh well, that goes hand in hand with having a very active international blogging community...

All donations, however small, help a lot, so keep them coming and we'll keep thanking you!

Keeping up with Sarah Palin is no easy task. The lady is like a chameleon, changing her lies almost daily, but we'll continue to catalogue her ever growing repertoire of falsehoods and to dig deep into her dodgy dealings.

Together we can make a difference! 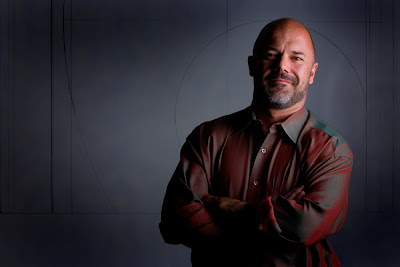 Andrew Sullivan has an excellent post focusing on the "Will she, won't she?" question of whether or not Sarah Palin will run for president in 2012.

"Palin's prospects in the Republican Party are a good deal dimmer than her star wattage suggests. She's tallied middling performances in early straw polls and shows no inclination to embark on the grassroots work required of a presidential candidate. More to the point, this article makes clear that, were there any doubt, her preoccupying concern is "building her brand"--less in a political sense than a financial one. Palin may yet make a bid for the White House. But all evidence suggests that when the time comes to choose between earning money and running for president, Palin will choose money."

This is the conventional view in Washington. I think it's completely wrong, dangerously complacent, and out of touch with profound shifts in media, fundraising and politics. The political parties are weaker than they once were. The elites cannot control grass-roots Internet-driven phenomena. Look at Obama. He seems a natural president now, but Washington dismissed his chances - as they are now dismissing Palin's - right up to the Iowa caucuses. And because Palin is such a terrifying - truly terrifying - prospect for the US and the world, I think such complacency, rooted in cynicism about Palin's mercenary nature, is far too reckless.
Look: what we have seen this past year is the collapse of the RNC as it once was and the emergence of a highly lucrative media-ideological-industrial complex. This complex has no interest in traditional journalistic vetting, skepticism, scrutiny of those in power, or asking the tough questions. It has no interest in governing a country. It has an interest in promoting personalities and ideologies and false images of a past America that both flatter and engage its audience. For most in this business, this is about money. Roger Ailes, who runs a news business, has been frank about what his fundamental criterion is for broadcasting: ratings not truth. Obviously all media has an eye on the bottom line - but in most news organizations, there is also an ethical editorial concern to get things right. I see no such inclination in Fox News or the hugely popular talkshow demagogues (Limbaugh, Levin, Beck et al.), which now effectively control the GOP. And when huge media organizations have no interest in any facts that cannot be deployed for a specific message, they are a political party in themselves.

Add Palin to the mix and you have a whole new machine in American politics - one with the capacity, as much as Obama's, to upend the established order. Beltway types roll their eyes. But she's not Obama, they say. She doesn't know anything, polarizes too many people, has lied constantly and still may have dozens of skeletons in her unvetted closets.

Do read the rest of the article HERE.
+++
UPDATE:
You just couldn't make it up! Conservatives4Palin, who I like to call "peezoo" with all the affection I can muster, imitate their idol Sarah Palin and go into "whining-mode"! The reason? Well, this time their reason is:
Palingates are presently leading in the category "Best Political Blog" in the Blogger Choice Awards 2010 with a pretty substantial margin!
YEAH! That's their reason!
What do they have to complain about? Isn't that great news?
Creep4palin Rich Crowther doesn't share this view:

"From its exalted position of 209,107 in the Alexa Traffic Rank (87,247 in the USA) and despite a 20% fall in its share of global internet users in the past month alone, the European pariah blog Palingates is urging its readers to vote for it as The Best Blog Of All Time, The Best Political Blog, The Best Blog About Stuff, and The Best Blogging Host.

Having taken a moment to consider that blog’s services to the blogsphere since its inception a little over a year ago (for example, its extensive promotion of hate-filled conspiracies about the origins of two of the Palin children), I trust that you will arrive at an appropriate conclusion as to the actual value of the award if Palingates’ readers do manage to vote it, however misguidedly, The Best Political Blog and The Best Blog Of All Time."

HAHA! It's obvious that we touched a weak point there. The peelanders are dismayed.
But what about our stats? Is there a reason for concern, as Rich Crowther tries to imply?
I am sure Rich Crowther would highly appreciate to know what's going on in the stats department at Palingates.
I prepared two graphs for you to illustrate the current situation:
First, our views from the founding of Palingates onwards until today on a montly basis. Four days still missing in April, so this month is not complete yet:

With currently about 6,500 unique visitors and 13,000 pageloads on average per day, we will reach very healthy figures for April again.
But was there a big drop from February 2010 onwards?
Well, the second graph answers this question. Here we see the stats from February 2009 onwards on a daily basis:

In February 2010, we had the "Andrea Friedman effect" - when Palingates had "the scoop" on February 19, 2010 and received links from a large number of major blogs - Huffington Post, Gawker, Andrew Sullivan etc. - even from the popular right-wing blog "Hot Air"! ;-)
This day immortalized itself also in our stats, with 80.000 pageloads on one day alone and a huge number of pageloads also during the following days. That's the reason why in February 2010 our stats went through the roof.
Apart from that, the second graph shows that our daily views are remarkably stable.
And who knows, maybe one day we will have another scoop, maybe even bigger...?
Don't forget by the way to vote for Conservatives4Palin" in the "Worst Blog of All Times" category! Because that's exactly what they are: The worst blog of all times!
P.S.:
Our personal favorite for "Best Photography Blog" at the Blogger Choice Awards is Bill Hess - Wasilla, Alaska by 300"! Please give him your love!
+++
Websites which linked to this post:
memeorandum.com
.
Posted by regina at 10:54