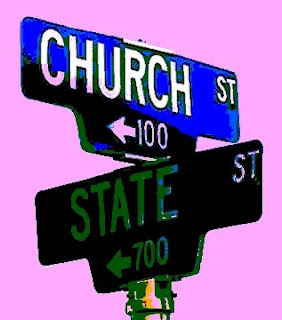 One of my readers suggested writing up some talking points people could refer to when reporting Sarah Palin's misdeeds to various bodies.

Juneau Pentecostal church asked the Alaska state government for cash for a new youth center. Gov. Sarah Palin, who had recently started worshipping at the church, vetoed the legislative appropriation from the capital budget, explaining it was “not a state responsibility.”

But by the time this year’s budget negotiations rolled around, Palin had become very involved in the Juneau Christian Center, attending an increasing number of services there, touring the youth center with her family (she charged the state for Willow's travel to visit the center), citing the pastor as among her spiritual guides, and appearing with the pastor at a Martin Luther King Day celebration and a religious conference where he laid hands on her while praying.

During this year’s capital budget writing process, Palin penned a letter to lawmakers “in support of the Juneau Christian Center’s new state-of-the-art youth center,” and she approved $25,000 for the center in May, even as she sparked a backlash from officials around the state for slashing spending from projects they deemed crucial to their areas.

The posts under Religiongate should provide further ammunition. Part 2 in particular is very rich in links that support the argument about mixing state and religion.
Americans United for Separation of Church and State
518 C Street NE
Washington, DC 20002 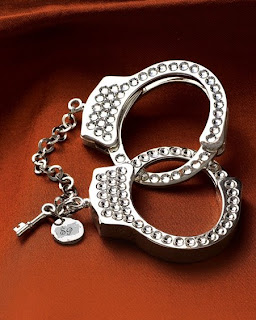 The Palin family home is a two-storey, 3,450-square-foot, four-bedroom, four-bath, wood house situated on Lake Lucille. According to Palin’s income tax returns, the house was assessed at more than half a million dollars — $552,000 to be exact.

Todd Palin told Fox News that he built the 3,450 square-foot, half million dollar home himself with the help of some “buddies.” Coincidentally, at the same time that Todd and his “buddies” were building the Palin house, the $12.5 million dollar Wasilla sports complex and hockey rink was under construction right down the road.

Sarah Palin blocked an effort to require the filing of building permits as mayor of Wasilla, there is no record of who Todd’s “buddies” were, where the building materials came from or how they were paid for.

Sarah Palin's interim Attorney General has given an opinion regarding outside employment which conflicts with her previous AG's interpretation of the Executive Branch Ethics Act. 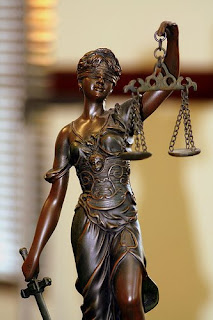 The law department has looked into whether the governor having a book contract conflicts with the Alaska Executive Branch Ethics Acts, including its prohibition on accepting outside "employment for compensation."

The department concluded a book contract isn't employment, because it's not regular work for a salary or wage. State employees are allowed to provide services for their own financial benefit as long as it's on their own time, does not conflict with their official duties and does not involve using state equipment or resources, said the legal opinion, signed by deputy attorney general Richard Svobodny.

"A book publication project is compatible with your position as governor so long as it does not interfere with your official duties," Svobodny wrote to Palin.

Since I serve as your designated ethics supervisor, I want to remind you that the Alaska Executive Branch Ethics Act requires that all state employees report to their designated ethics supervisors any outside employment or services benefiting their personal or financial interests by July 1 of each year. Although elected to your position, you are considered a public employee under the Ethics Act and must comply with the reporting requirement, if appropriate.

• Any employment for which you are paid, but not your state employment.

• Examples: a job with another employer, work as an independent contractor, and work in your own business.

The Office of the Governor is a principal department of the state. Therefore, as head of that office, you may not be engaged in outside employment.

It would be interesting to seek the opinion of the DOJ as to which of the AGs has interpreted the Ethics Act correctly.

I hope these points make the task of reporting Sarah Palin's conduct a bit easier. Titles link to posts on each of the subjects listed above. If reporting online, the links are in brackets next to titles. Otherwise, all addresses are provided at the end of each section.

If any lawyers or activists out there would like to contribute and compile a list of talking points that make more sense than the above, please please please e-mail me: palingates@gmail.com
.
Posted by regina at 18:48

For Religion Gate, you might wish to list the ACLU as a resource/ place to report problems.

You are AMAZING!!!!!!!! I am in a hurry but later today I will look this over and see if I can think of anything else. Thank you so much for all your hard work!! I think you should write a book. You would probably get more money than she did. Just write a letter to the same attorney :)

You can call and meet with FBI, ATF at your local level if you have knowledge, documents, circumstantial or even worthy suspicions. I imagine this has happened in Alaska. There may be others that need to do it. I don't see why there are so few press releases and no ATF news conference? The FBI is involved in church fires in the lower48, if they are MIA in the Wasilla Bible Church Fire I find that suspicious. The Mat-Su fire marshal and Alaska State Troopers are investigating, are they blocking more federal involvement? Why aren't the locals calling Central Mat-Su Fire Department Chief James Steele to task?

Published: April 7th, 2009
http://www.adn.com/news/alaska/matsu/story/751917.html
The latest blazes add to what has already been a busy year for fire investigators in Mat-Su. Since December, there have been three fires deemed suspicious and two fatal fires.

It is plausible Wasilla has an arsonist. What is the pattern of these fires? I know of communities that have town hall meetings when their officials and press are not delivering. That does take community activism and organization and you MUST contact the media to cover the meetings. Citizens take your own cameras and document everything.

Are cons4palin the only blog that keeps up with this news?
Thursday, April 9, 2009 Update on Investigation Into Wasilla Bible Church Fire

I think the Ak office of the FBI is a good place to start calling about much of this. The state government, stocked with her cronies, isn't going to do anything, apparently.

Wasilla Police Department investigator Ruth Josten said state crime lab tests have determined that whoever lit the fire poured gasoline in several places around the building, including by the sides of the front and back doors.
http://www.adn.com/news/alaska/matsu/story/668295.html
Five church members were in the building when the blaze started.
http://www.adn.com/matsu/v-gallery/story/668295.html?/629/gallery/624370-a623347-t3.html
35,314-square-foot building
Wasilla Bible Church carries on after fire
http://www.ktuu.com/global/story.asp?S=9521504
Where is this?
http://ktuu.images.worldnow.com/images/9521504_BG4.jpg
I would like to know where the fire was set other than the front and back doors. Why was that left out?

As far as finding who did this, I could care less about an arsonist's political associations. If the fire is found to be politically motivated, deal with that when that is a fact.
All Alaskans and Wasillians MUST get serious if they want to find an arsonist in their midst.

So far, this arsonist is a winner.

Sorry for the OT but this just in from C4P.

GINO uninvited to Bristol Graduation.
Here's the link before it disappears:

I'm puzzled at how Bristol is graduating when she has not actually been attending school for much of the past couple of years. ??

sjk from the belly of the plane said...

the c4p heads think OBAMA casued palin to be excluded from speaking at the graduatin'!

The comments on the CeeMePee article about Sarah not speaking at Bristol's immaculate graduation are funny.

These folks are true LOONS

I thought I heard Bristol say in one of her interviews that she was going to or attending Wasilla High. She did go there to swim.

Thinking Obama is involved is absolutely insane. That means they think our President is threatened by her and that is the funniest thing I have ever heard! It's also scary that people are so clueless! Frankly, there is something wrong with people who think this. They have Palin Derangement Syndrome. Their adoration of Sarah clouds their rational thinking.

The Palin/Johnston tensions are improving

momlogic.com
Parents Are Drugging Kids for an Academic Edge!
http://tiny.cc/KIDSbabiesEDGE
Levi's Mom Torn Apart Over Missing Tripp
http://tiny.cc/sjTRIPP
We only see him a few hours a week, but I did get to spend time with him this morning

@happy endings, I see you posting these same links everywhere. Are you part of a PR team?