Everybody (and her daughter) looks more pregnant than Sarah Palin - UPDATE 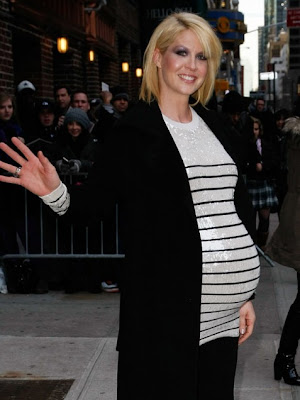 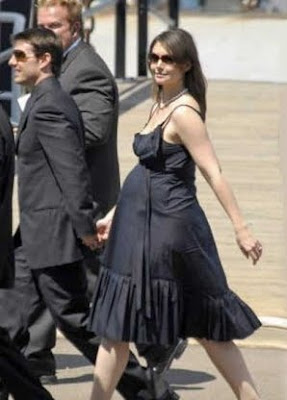 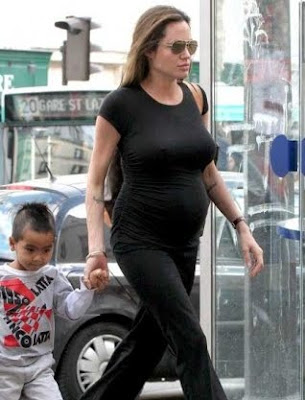 Some celebrities can't hide their pregnancies at 6 months... 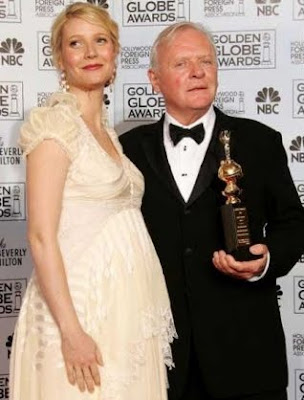 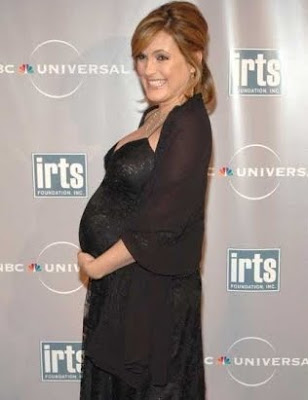 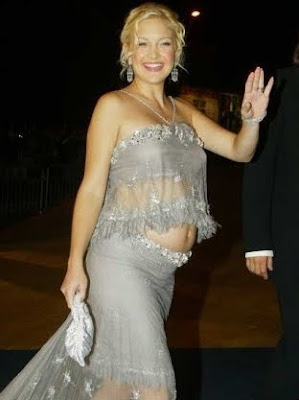 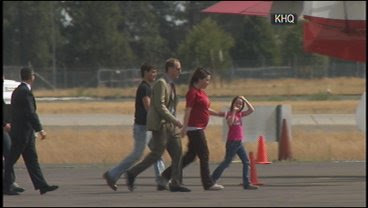 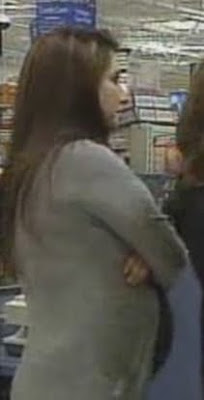 In this video, filmed in early September 2008 in Spokane, shows Bristol (with Piper and Levi) looking pregnant. Please note that Bristol's bump is quite visible from a distance.

But this celebrity quitter governor had no difficulty in looking not pregnant at all. 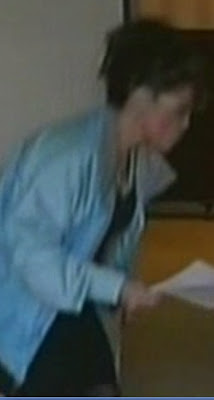 We keep comparing pregnancy bumps because it's absolutely remarkable that every other woman on the planet eventually shows signs of being pregnant well before reaching the eighth month mark. The actresses pictured above are very body conscious and keep in very good shape. Yet their abdomens expand when they are pregnant. Sarah Palin's own 17 year old daughter looked convincingly pregnant at 5 months.

How could a 44 year old woman, in her seventh pregnancy, look so incredibly flat?

Jenna Elfman seems to believe that women get bigger sooner in the second pregnancy.

The art of sitting down and standing up in late pregnancy. Compare and contrast. Sarah stands up without any difficulty @2:20.

We took screenshots of the amazing sequence of the very “pregnant” Sarah Palin standing up: 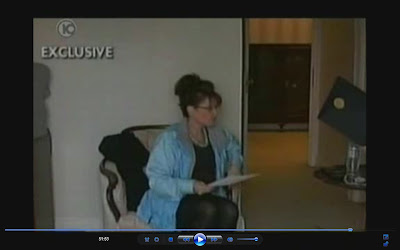 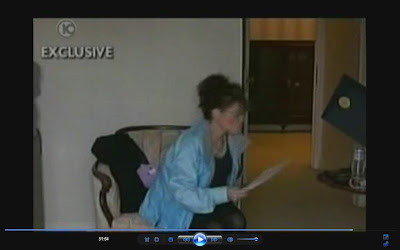 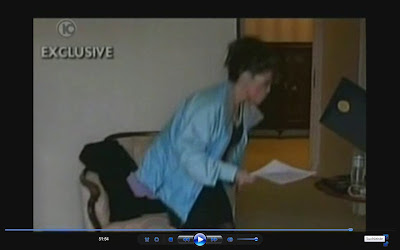 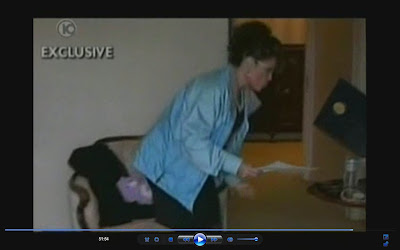 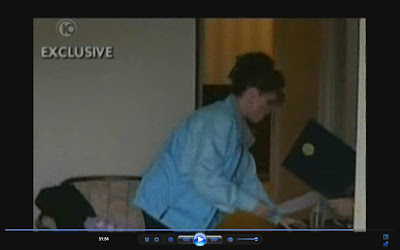 Jenna Elfman didn't do so well.

Jenna should consult Sarah Palin on how to stay flat so she can avoid embarassing moments when she has to sit down at chat shows on the occasion of her third pregnancy...

Bree Palin has a fantastic post on the same subject.
.
Posted by regina at 13:17