The circus is coming to town 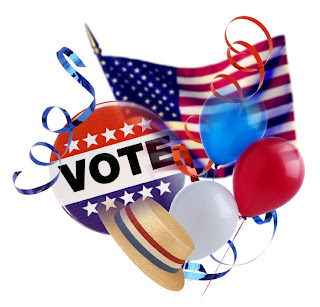 Politics in America is mind boggling. Before I started following it closely, I had the impression presidential campaigns were a bit of a circus, where the person with the most balloons and the loudest music was elected.

The 2012 GOP primaries definitely look like a circus, but it seems to be a contest to find the best clown. There's still the possibility of a certain celebrity clown pitching her own tent and going rogue, running on a third party ticket. 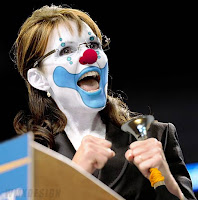 I find it very hard to take candidates like Rick Perry, Michele Bachmann or Herman Cain seriously, but when it comes to Sarah Palin, the whole thing becomes completely ridiculous.

Ironically, Sarah Palin herself compared the campaign to a reality show, and she's right. They might as well be in the Big Brother house, all of them behaving in the most outrageous manner for our entertainement.

That would be OK if there weren't so many important issues at stake. The state of the economy is a global problem. They're already predicting another credit crunch in Europe. The 2008 crisis, which started in America, had a domino effect that plunged the whole world into a serious recession.

Problems can't be solved with idiotic soundbites or by quoting the Constitution (and getting it all wrong). All the candidates (declared or not) who are challenging President Obama sound absolutely pathetic and their rhetoric shows a deep contempt for the electorate.

Pandering to different groups, tailoring their soundbites to please them won't solve any problems. In their quest for power, they don't see the big picture.

Yes, American politics always looked like a bit of circus, but now it seems to be official...
Posted by regina at 13:47