Sarah Palin: "Family comes first." (But I'm not spending more time with them) 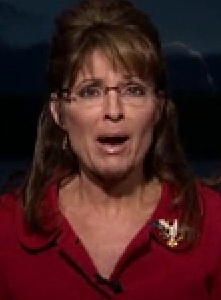 I woke up to a big surprise this morning. I had already written a post:

I'm taking a bit of a break from the blog because I'm going to be quite busy in the next few days. I've prepared a few posts to fill the gap. Unless something absolutely spectacular happens, you'll have to make do with revisiting some old posts... I'll resume the normal schedule after Sunday.

I then reposted something about Sarah Palin's qualifications. Oh well, it seems that every time I decide to take a break, she does something!

After much prayer and serious consideration, I have decided that I will not be seeking the 2012 GOP nomination for President of the United States. As always, my family comes first and obviously Todd and I put great consideration into family life before making this decision. When we serve, we devote ourselves to God, family and country. My decision maintains this order.

If God wrote her one of his letters urging her to destroy her children, would she do it without blinking?

God asked Abraham to sacrifice his son, Isaac, on Mount Moriah. Abraham sets out to obey God's command without questioning (Genesis 22:5 and 22:8). After Isaac is bound to an altar, the angel of God stops Abraham at the last minute, saying that "now I know you fear God."

Sarah Palin has been sacrificing her children for years. Unfortunately, no angel appeared to spare them... 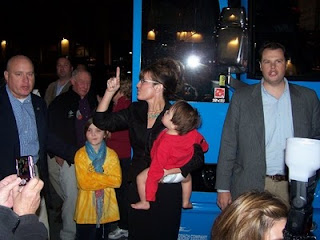 
I believe that at this time I can be more effective in a decisive role to help elect other true public servants to office.

In the coming weeks I will help coordinate strategies to assist in replacing the President, re-taking the Senate, and maintaining the House.


I think she will be busy coordinating strategies on how to continue to fleece the palinbots...

[I'm still going to be busy in the next few days, so any main posts will have to be very short...]
Posted by regina at 11:36