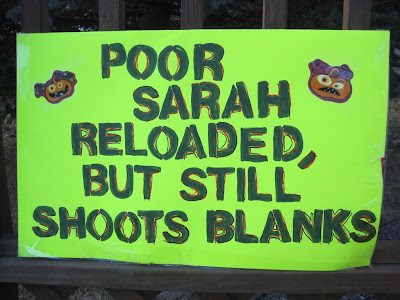 There were more great first-person accounts of the Rally to Restore Sanity from TruGal, PCG, Vera City, Mrs TBB and others. Thanks again to all the ‘Gaters who went to Washington – you did us proud!

Election Day! By now, you know the results, so I am not going to relive that long night! Patrick’s perspective helped many of us see the positive side of the day: the Dems held the Senate and, for the most part, Sarah Palin’s most publicized picks fizzled: Angle, O’Donnell, Raese, Fiorina, and (it appears) neo-Nazi Joe Miller. In fact, these extremist candidates apparently guaranteed the Dem victories that held the Senate. Looking at the post-election maps, I was reminded of a great ~1973 bumper sticker, “Don’t Blame Me, I’m from Massachusetts” (MA having been the only state that voted for McGovern over Nixon in 1972, for you young’uns)… I’m happy to report that the huge influx of $$$ from out-of-state to the Repub challengers did not cause the loss of any of the Congressional seats here – so, if any of you need a refuge from the red, we’ll leave the light on for you! Funny that even Scott Brown is now a Tea Party target because he’s not extreme enough. 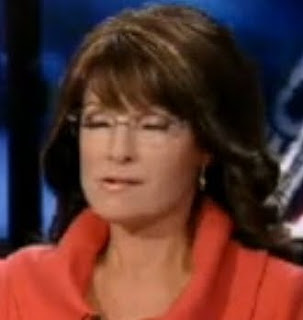 First, hats off to Alaska Dispatch, which did what the media used to do with candidates – it really dug into Joe Miller’s past and didn’t take no for an answer when he refused to answer their questions about his shady background. Their investigative journalism was a big factor leading to the (apparent) loss by Miller in the AK Senate race – so thank you, Alaska Dispatch! Numerous bloggers had a similar take to Patrick’s, that Sarah’s endorsement of fringe candidates was a big factor in the Republicans failing to win the Senate. The post links to Andrew Sullivan, Malia Litman, the Daily Beast, Politicususa and HuffPo on this theme and what it may signal for Palin’s future influence. (Similar articles ran in Boston Globe and other MSM.) Finally, Stephen Colbert interviews David Frum on the future of the Republican party, stating that “What is good for [Palin] is not what is good for the party; it is not what is good for the country.” 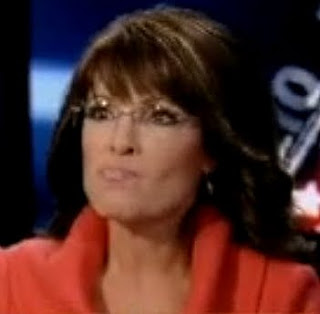 Palingates did it again – this time Patrick’s “butterfly wings” (typing away on a creaky old laptop at the dining room table in Germany) started a chain of events that hit the MSM, eventually leading Palin to blatantly lie to try to cover up the twitter mess she had made. To begin: Palin is increasingly out in the open about both her plans to run for President and her intention of doing so without engaging with the MSM. No surprise there; the news is that the MSM is starting to pick up the story. Tuesday, the Washington Post ran a piece on her penchant to embrace extremists: “The leading figure of the Tea Party movement seems increasingly indifferent to Republican fortunes and increasingly tolerant of disturbing extremism.”
Patrick followed up on this theme of her support of extremists, showing that Sarah’s “favorite tweets” linked to a photo of a church sign calling President Obama a Taliban Muslim. PG’s story was picked up by many other blogs and MSM; the “favorite tweets” soon disappeared. (Hi, Sarah!) But, being who she is, Sarah did not leave it there. She emailed Jake Tapper to claim that it must have been the Blackberry’s fault! She claims she didn’t even know she could “favorite” anything and never did before! Upshot: caught in another lie while stirring up anti-Obama hatred again. MANY other blogs and MSM linked to and/or picked up the story from this post.

If you weren’t already convinced to vote for Palingates as best political blog, this post is a great example of why PG deserves this recognition; please vote here, if you haven’t yet: Blogger Choice Awards 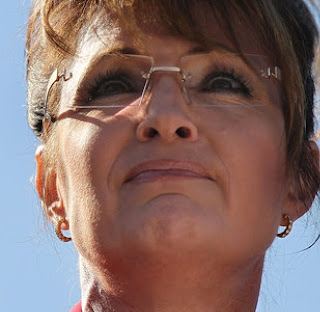 Patrick throws down the gauntlet: Sarah, you have it within your power to put an end to Palingates by showing that we are wrong. We say, emphatically, that you faked your pregnancy with Trig. Shut us up. Prove us wrong. We dare you. 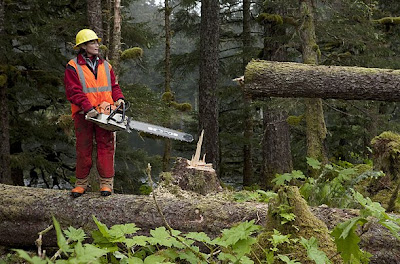 A totally "believable" picture from the show
Later Saturday, more fun: Palingates showed a clip from The Young Turks, poking holes in Sarah’s “reality” TV show. Key message: “When your public image is fake, it’s hard to be yourself, and that’s what we’re seeing…I have no problem with her being on a reality show… it’s when she wants to take political power and she has these insane ideas that she’s touting…” Touché! And from theatlanticwire.com, the title says it so well: http://tinyurl.com/2ay29ja “Quit Invading My Privacy While I Film My Reality TV Show.” Patrick sums it up: “Sarah with her faked pregnancy together with many more family secrets seem to be the perfect material for a fake reality show, because their real life actually WAS already just a fake display…” 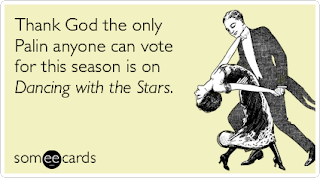 Older_Wiser linked to HuffPo on Sarah’s use of anonymous sources
Regina linked to WaPo on Sarah’s erratic behavior
Sunnyjane linked to politicususa and to Margaret and Helen’s great commentary on the election:
ForeverAnonymous posted Halcro’s great smackdown of Joe Miller
Juicyfruityy on bipartisanship, from Cenk Uygar on smirkingchimp and some hope for the future, with this from Alternet on young voters
Ella found this on LATimes blog about how Bristol is rewriting her personal history and no longer wants to be known as a teen mom
DootDittyDoot found this on Sarah’s lessons about lying, deceiving and manipulating the public to win elections
AzureGhost linked to Alaska Dispatch on Joe Miller
One snippet: What we found lurking in Miller's closets was -- pardon the plain language here, but the honest words are the right words -- the detritus of a conman and a liar.
And this on the Republican hit pieces coming out about Sarah
Igetit2: Alternet on links of Tea Party and anti-immigration militias
Hmmm, the plot thickens: curiouser11 linked to crooksand liars on the fact that Phil Anschutz of MSNBC is a major Republican donor
Austintxx: GWBush blames Palin for 2008 election loss
Alternet on political donations by media corp owners, managers
Leadfoot_LA had a great idea for these billboards. Someone please immediately alert me if you see one of these billboards. I will drive (or fly) to where ever it is, climb up it, and spray paint the word "Trig's" over the word "the" -- in Red. I swear on my life. 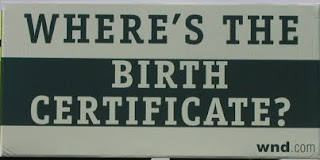 CaliGirl22 linked to Vanity Fair Online on how underwhelming SP’s Alaska is and to takebackthemedia on boycotting the Palin TV show
Regina has a great photo caption
Tweets of the Week
dusty17: Jeez @SarahPalinUSA AIP-AK Even your employer @FOXNEWS thinks U R a LIAR! @RawStoryhttp://bit.ly/90ZjOh Oh happy days! #palin
@SarahPalinUSA "Freedom of speech in America means that people who don't like or respect U have a right 2 say it , publicly & anonymously.
@SarahPalinUSA "Man up & deal with the fact that a majority of Americans DO NOT LIKE YOU!!! This is YOUR reality"-BfromC. UR Bitchin =boring
"Can you picture @SarahPalinUSA in the Oval Office saying "I didn't know what that red button was for"? Dumbass!"-S.Tompkins @palingates
"Come on, @SarahPalinUSA! Where are your cojones? Time for you to "man up" and destroy those "corrupt bastards" at @Palingates NOW!"-SJ (H/T Sunnyjane)
Tyroanee found this one: @danozzi Dan Ozzi Don't worry @ChristineOD, you can join @SarahPalinUSA'S club of inexperienced women who lost elections BUT STILL BOTHER US EVERY FUCKING DAY
Molly_WI with assist from dusty17 and Ennealogic: OK, Sarah, you don't talk to the *actual* media if you run for President, and we won't put your name on the *actual* ballot. Fair enough?
ProChoiceGrandma: I concludiate that @SarahPalinUSA lied about degree in communications or journalism http://tinyurl.com/39yyzwl &http://tinyurl.com/288gdnk
@Palingates catches dipsy doodle @SarahPalinUSA telling more lies! http://tinyurl.com/39yyzwl Great details!! #p2
Honestyingov: #TinaFey sez "I was ONCE a DQ employee, but I quit ", as she wonders Y #FOXNEWS calls @SarahPalin "Governor" still? #c4p #tcot @gretawire
@SarahPalinUSA, UR "EXCUSE" if U can't figure out 2 FAVORITE an Item on Twitter, U R not qualified 2 run th USA.#tcots, @RAMansour @c4p #p2
Curiouser11 (h/t to lidia17): Per @SarahPalinUSA Request--WHO:SarahPalin;WHAT:Fake pregnancy;WHEN:Mar5 '08-Apr18,'08;WHERE: Wasilla-Anch-JunAK, DallasTX; WHY: RTL$$/votes
SCmommy: @sarahpalinusa nice try on the backtracking racist tweets, dear. ur bberry didn't just go rogue on ya-- not gonna fall 4 that lame excuse!
Igetit2: Oh please, someone Tweet: "Protect Sarah Palin's privacy. Turn off TLC!"
Wrapping up, Way of Peace offered some wonderful food for thought and hope for the future: watch this amazing summary animation of RIFKIN's voluminous book The Empathic Civilization
http://tinyurl.com/373eohl
The last word and the last laugh go to Aview999 (quoting from HP):
☻/
/▌
/﻿ \.....HI Everybody!
I'm not Willie, and I'm not Waylon,
But I don't like......... Sarah Palin.
Not the *wink-wink* and not the You Bet'cha!
I don't like $ister $arah from the frozen tundra.
She's good at shoppin' without payin'
She speaks in tongues while prayin'
It's The End Of Days! she's wailin'
That's our little....... Miss Palin.
She knows the Book of Psalms,
And she reads her own palms.
Among Tea Baggers she's in vogue,
She's the Maverick who's gone Rogue.
Now hear what I'm sayin'
I don't like Sarah Palin.
What was John McCain thinkin'
The he// with it all...... I'm goin' back to drinkin.
♫♪ ♪♫♫♪♫♪ ..♪♫♫♪
.
Posted by regina at 21:10