Sarah Palin's fashion tips for feet and other inappropriate stuff

Does anybody remember seeing a serious female politician going out in public wearing anything similar to the following? 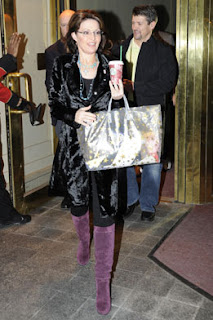 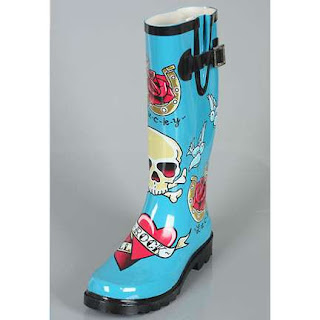 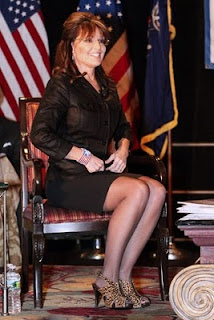 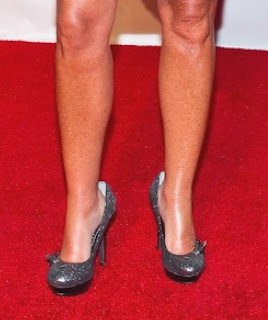 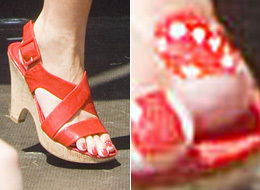 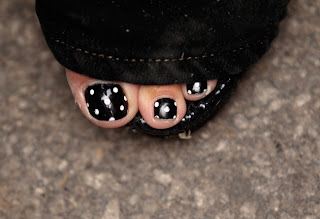 Now imagine the person above welcoming a foreign leader to the White House wearing the leopard skin or the enormous shoes, for example.

Seriously, how presidential is that?

This topic is almost too silly and it's embarrassing to write about it, but remember that this woman applied for a trademark of her name and likeness. She considers herself a brand. What does this brand tells us about her? What does she have to offer?

Can she articulate any intelligent ideas and solutions for the country's woes? Can she offer anything beyond fridge magnet slogans as policy statements?

What's left? Her style. Would any 47-year-old woman (who wishes to be taken seriously) constantly facing cameras and large groups of people take any fashion tips from her?

With no ideas and no style, her brand amounts to absolutely nothing, unless ignorance and immaturity are now fashionable, desirable attributes.

There are many eccentric politicians all over the world. Some very famous statesmen were undoubtedly eccentric and departed from the norm, be it in dress style or how they spoke or presented themselves. But they had ideas, they were intellectual giants. They could afford to be different.

A person's appearance doesn't necessarily reflect his or her mind.

Sarah Palin is very far from being an intellectual anything and her image corresponds exactly to her level of maturity and seriousness. Compared to other unconventional politicians, she comes across as a cheap sideshow. 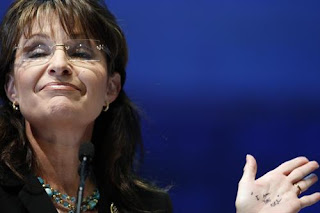 She wants to be seen as unconventional, but all she achieves is to look inappropriate. Her behaviour is also inappropriate, as when she was glued to her BlackBerry during government meetings. Many of her tweets are inappropriate. The same goes for the snarky remarks about Michelle Obama's campaign for healthy eating. The references to "limp, impotent, lacking cojones" male politicians and members of the press speak for themselves.

Sarah was wearing the skull boots while walking around in Homer, where she came across a teacher with a banner that said "Worst Governor Ever." As if the boots weren't bad enough, Sarah and her family proceeded to bully the teacher. Inappropriate attire coupled with inappropriate behaviour, is that her brand?

One thing is to be unconventional, another is to be cheap and rude. If one chooses to look and act differently from others in the same position, this person would have to be incredibly brilliant and every word coming out of her mouth worth quoting.

As it happens, Sarah Palin is quoted for her word salad, her poor grasp of her country's history and so on. Both her appearance and her pronouncements are the stuff of comedy.

The media must be deaf and blind if they can't see what a sad caricature of a politician Sarah Palin really is... an empty shell.

Sarah Palin's chosen style and behaviour don't go with politics at all. Every time she opens her mouth, the stupid rolls out. So why is everybody asking if she's going to run? This classless pseudo-politician in the White House? That would be the day I'll give up on American politics for good.